What’s in place to ensure your ‘stream’ of service?

By Ted SchneiderFebruary 19, 2019Blog
No Comments

Many of the businesses and industries (e.g., utilities, airlines, manufacturers, critical infrastructure) I work with at ARCOS every day have customers who depend on the smooth, uninterrupted operation of technology. Take the airline industry as an example. Aircraft makers design air-frames with multiple, built-in fail-safe elements. Planes have to be able to fly with a failed engine, land with broken landing gear, and have a backup power source, among many other redundancies. 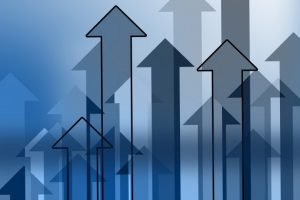 For utilities who depend on cloud services to organize day-to-day operations, the principle is the same. A constant, unbroken “stream” of water, gas, or electric service is imperative to utility customers, and thus, fail-safe measures are built into the network to ensure this. There are a few different layers of redundancies that can be built into cloud systems. The first layer of redundancy should always be physical. If you need a server operating constantly to keep the system going, there should be a backup server in the event the first goes down.

Another important fail-safe layer is called location redundancy. In addition to physical hardware in a single city, it’s important to have redundant systems set up in other cities. If, for instance, there were a problem in ARCOS’s Columbus, Ohio, office, those services could be shifted to a similar facility in another city.

Finally, if a business relies on a vendor-provided service, it is imperative to have a layer of vendor redundancy. A good example is a business’ internet service provider (ISP). If constant internet service is critical to the business model, there should be a managed plan in place that if that ISP goes down, another one picks up immediately.

Ultimately, when uninterrupted service is a top priority, it is the responsibility of a business owner to look for every fail point and implement fail-safe measures to bridge that gap. These examples are just a few of the places that technology professionals and business managers can build fail safes into cloud systems to ensure service is always on point.